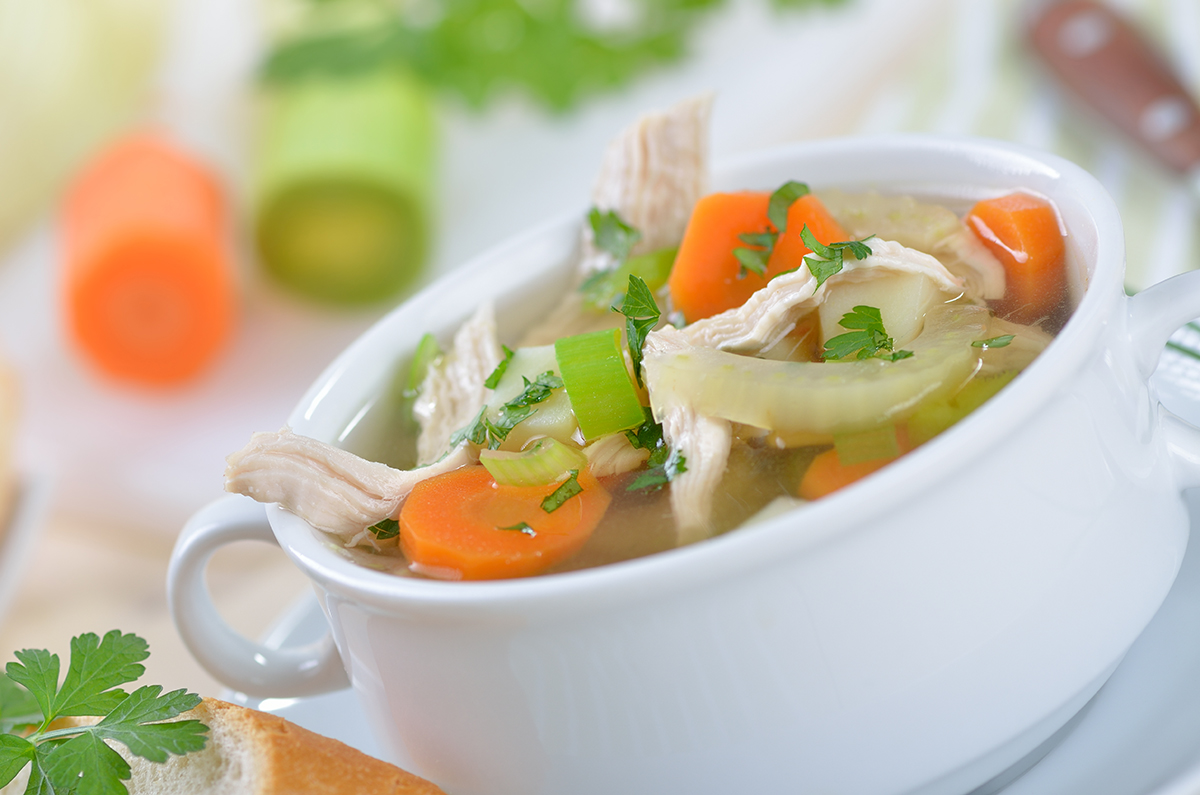 The rains have descended upon us, and with their descent, the temperatures have also plummeted. That’s a combination which usually leads to a lot of sneezing, lot of coughing and usually, a few miserable, feverish days.

Are cold medications your only option? Or can some special types of food(Chicken Soup???) help you in your fight against cold? Is it “feed a cold, starve a fever” or “feed a fever, starve a cold”?

If you’re like us, you can never keep the adage straight. Doesn’t matter though, since doctors say it’s probably more folklore than solid medical advice either way.  Licious investigates.

According to Cecil Adams, the know-it-all who writes the syndicated column The Straight Dope, the dubious directive dates back to 1574, when a dictionary writer named John Withals wrote, “Fasting is a great remedy of fever.”

However, as per the nutritional scientists of the Duke University, there is a kernel of truth in this idea.

Some small studies have suggested that eating less during a fever can trigger an immune response. Just don’t take the advice too literally, the nutritionists say—starving yourself of nutrients, and especially liquids, is counterproductive.

As for feeding a cold,  is having the sniffles a license to double up on desserts? Sadly, no. This idea also comes from centuries-old medical beliefs (you know, like blood-letting), when it was believed that a cold was caused by a drop in temperature and that food helped to “stoke the fire.”

One bit of folk wisdom does have some merit—eating chicken soup when you have a cold really can help alleviate symptoms. Any warm liquid is soothing, and can help thin mucus.

Researchers have also found that chicken soup also acts as an anti-inflammatory, limiting the movement of neutrophils—immune system cells that are involved in the body’s inflammatory response.

Chicken soup was suggested as a cold remedy in the 12th-century writings of Moshe ben Maimonides, an influential Egyptian Jewish physician and philosopher whose theories were based on those of the ancient Greeks. While much of his medical advice was eventually sidelined by new discoveries, the chicken soup stuck, passed down by grandmothers through the generations.

In 1993, a University of Nebraska Medical Centre physician/researcher, Dr. Stephen Rennard, decided to put his wife’s Lithuanian grandmother’s recipe to the test and discovered the anti-inflammatory effect.

His studies found that, although some canned chicken soups produced the same result, not every formulation was as effective. He hasn’t been able to isolate the ingredient, or combination of ingredients, that do the trick, but he helpfully provides his wife’s grandma’s recipe on the university Web site. It looks pretty good, with sweet potatoes, turnips and other veggies. However, if you are partial you towards some recipe of your own, with your own ‘secret’ ingredient, please go ahead and indulge and while you are at it, do share it with us.

However, if you are partial you towards some recipe of your own, with your own ‘secret’ ingredient, please go ahead and indulge and while you are at it, do share it with us.

Put Some Celery In A Pot

Put An Onion While It’s Hot

Add Some Parsley On The Spot

Sprinkle With Some Pepper and Salt

Add Some Chicken, Stir A Lot

Serve it up Nice and Hot