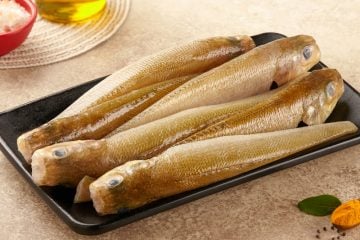 Halibut: A Unique, Buttery Fish with Many Benefits!

The fish is known as halibut in English and naaku in Tamil. The naaku fish is widely consumed in many parts of the world, especially in the United States of America and Latin America because it is primarily found in these regions. It is native to the North Pacific Ocean of the world. From grilling to frying, it can be made into various recipes.