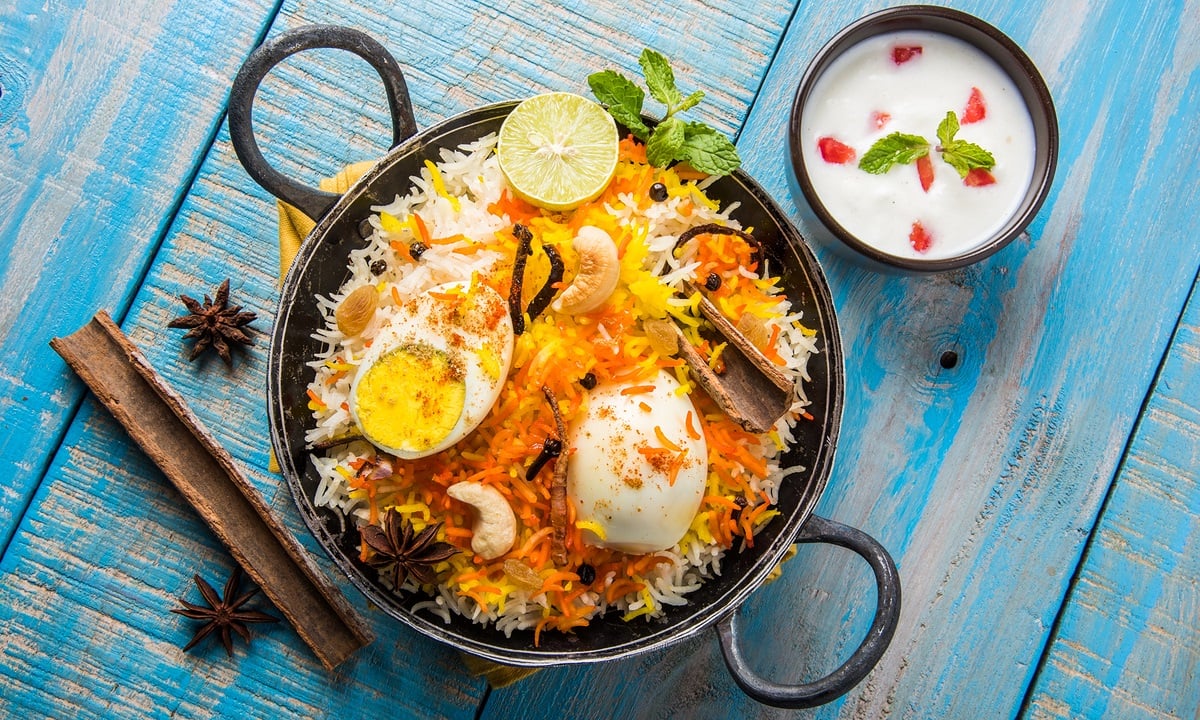 The Muslims from Western Asia brought their rich artistic and gastronomic culture to India. This influence lasted for more than 400 years and is now an integral part of the fabric of the Indian culinary culture.

The two colliding cultures resulted in a magnificent cuisine called the Mughlai Cuisine. The tastes of the Mughlai cuisine vary from extremely mild to spicy, and are often associated with a distinctive aroma and the taste of ground and whole spices. The native tongues of the Mughals were Chagatay Turkic languages while the adopted language of the Empire was Persian, which is the reason why lots of Mughlai dishes have Persian and Turkish names.

The lamb kebabs were laced with spices, the rice pulaos of India were cooked with meat and turned into wonderful biryanis, lamb and meat roasts were now flavoured with Indian herbs, spices and seasoning. Also, Indian dishes were garnished with almonds, pistachios, cashews and raisins. India was also introduced to leavened breads by the Muslims. At this time the tandoor was created by the royal chefs. The Indian rotis and the leavened breads were merged into Tandoori naans. Meats were now marinated in yogurt and spices, and also cooked in tandoors. Both pork and beef were avoided to respect the traditions of both cultures. The idea of concluding a meal with sweetmeats was introduced as the Persian rulers loved sweets.

The great Muslim rulers brought their panache and elegance of living to India’s culinary scene. The idea of community dining and lavish, extravagant banquets were introduced to India. Dishes were served in jade, silver and Chinese porcelain utensils. The splendour of the regal Mughal culinary heritage  is reflected in the Mughlai Cuisine of India,  the richest and the most lavish cuisine of the country.

Treat yourself with this delicious Mughlai recipe on the auspicious occasion of Eid.