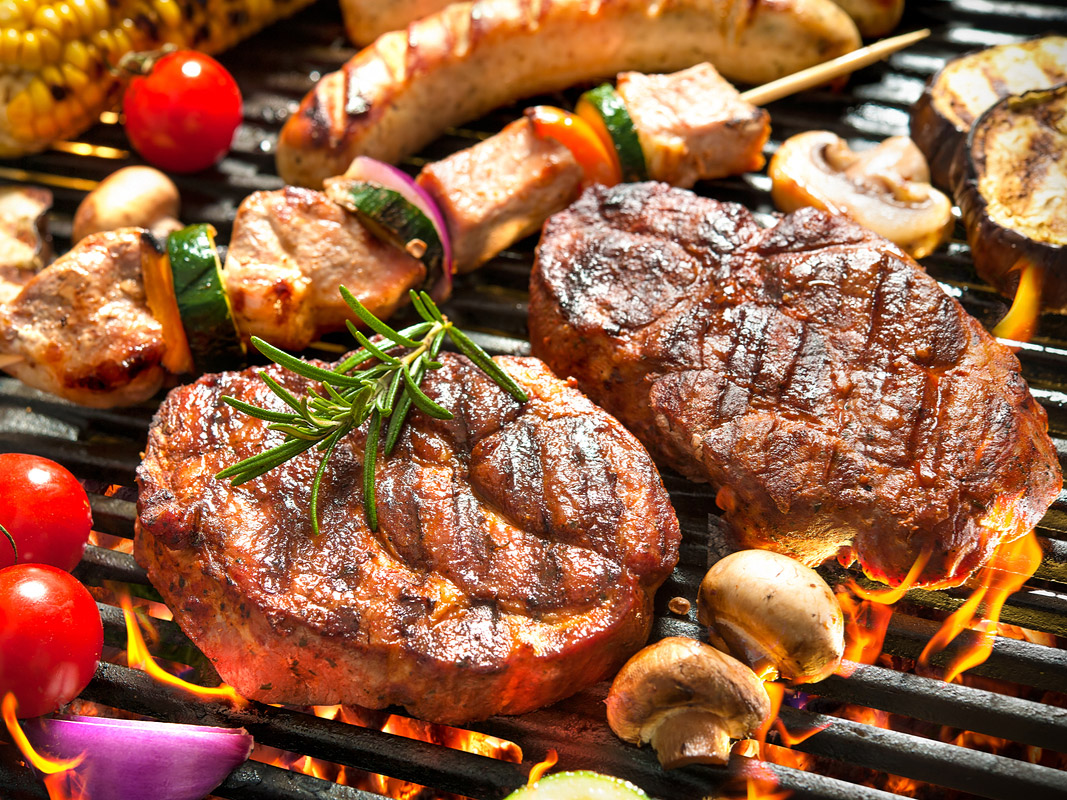 Food For Thought > Getting Meatier

Continuing where we left off yesterday, let’s learn more about why eating meat is essential for you.

If meat’s positive – strike that, crucial – role in muscle growth isn’t enough, meat also helps burn fat. Meat has a high thermogenic effect because of its protein content, so that approximately thirty percent of its calories are burned off during digestion alone. Digesting carbohydrates produces only a six to eight percent increase in energy expenditure, while digesting the protein in meat typically produces a whopping 25 to 40 percent increase.

According to research conducted at the University of Graz, vegetarians are two to three times more likely to suffer from depression, anxiety, eating disorders, and somatoform disorders and syndromes. We rely on prescribed medication to cure some of these conditions, when the answer may be as simple as eating a juicy hamburger or tender chicken breast.

Everyone has experienced that post-meal slump when caffeine is the only thing that can keep one’s head off a pillow. Simple Carbs are broken down into sugar that our body burns through quickly, causing us to crash. Conversely, our bodies utilize the protein in meats for sustained, long-lasting energy.

In addition, meat is one of the best sources of iron. Iron deficits put you at risk for anaemia and low energy, which is why anaemia is a chronic problem for vegetarians. Pair meat with vegetables boasting a low glycemic index, and you’ll be feeling like the energizer bunny all day long.

There are many nutrients in meat that are critical to overall health. While there are many sources of protein, meat is a great source of complete protein, containing all the amino acids our bodies needs, including the ones our bodies can’t produce.

All B vitamins are found in greater concentration in meats than in plant sources, and vitamin B-12 can only be found in animal sources. The B Vitamins are critical to health, especially mental health. Deficits in these vitamins can cause confusion, impaired senses, aggression, insomnia, weakness, dementia, and peripheral neuropathy.