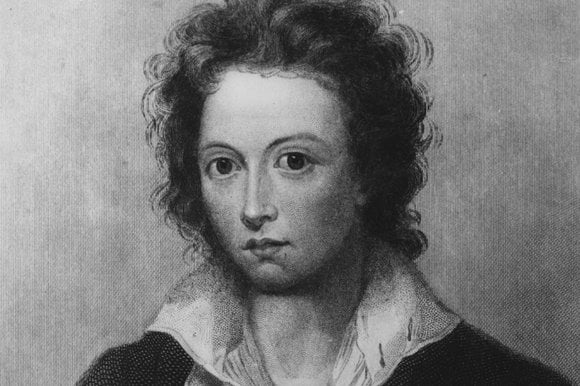 Food For Thought > Lamb Love: A Poetry Of Protein

Percy Bysshe Shelley (He of Ode To The Westwind and To a Skylark  fame) was a young, idealistic poet whose beliefs often set him at odds with the rest of British society in the early 19th century.

He was an atheist who got kicked out of university for being a bit too vocal about his atheism. He was a strict vegetarian in an era when chicken broth was the go-to cure for the common cold.

And at the age of 20, he deserted his young wife for the even younger Mary Godwin (the future author of “Frankenstein”), thereby becoming a pariah to much of mainstream society for the rest of his life.

Not that he wanted much to do with mainstream society in the first place. Romantic poets so infrequently do.

After that first turbulent year with Mary—during which they ran off in the night to France, walked most of the way to Switzerland and returned broke to England a few months later—he found himself in the countryside north of London, feeling just a bit the worse for wear.

Mary suspected that he was merely malnourished, subsisting as he was on a diet that consisted primarily of bread, butter and lemonade. “Lemonade” in this case being a bit of a code word for a widely used and commercially prepared medicinal concoction of opium and ipecac.

In short, it is hardly surprising that the poor boy was wasting away. While his vegetarianism as such was hardly to blame, the opium and ipecac were surely not helping the matter.

Into this scene strides the brisk, practical figure of Thomas Peacock, a novelist and poet who had met and befriended Shelley just a few years earlier.

Peacock was a few years older than Shelley—just senior enough to be able to get away with ordering the younger man about, it seems—and it’s pretty clear that he had his feet set rather more firmly on the ground.

After assessing the situation of his pale, feeble friend, Peacock apparently convinced Shelley to expand his diet and experience some good, old-fashioned British cooking.

Specifically, he suggested that Shelley partake of that peculiarly esteemed meat of the 19th century: lamb.

Peacock recommended a lot of good servings of ‘well-peppered lamb’ as he believed that Shelley can be uplifted from his stupor with a few good portions of protein every day.

And it appears to have worked, too. After a season in Peacock’s company—during which Shelley enjoyed some more meat in his diet, many long walks along the river and the stimulating company that he always seemed to require in order to do his best work—Shelley emerged a heartier, happier and fatter poet.

His most productive period by far still awaited him, and Peacock’s influence had undoubtedly helped strengthen him for the work that lay ahead.

The Lamb, restoring poets to their glory since the 19th century. What are you waiting for? Licious has the best cuts of Lamb, just for you. Pick up the cut of your choice and do your Sunday some poetic justice.

Better than all measures

Better than all treasures

That in books are found,

My skillets with Lamb were, gastronomical joys abound!

Braise me half the gladness

That my brain must know,

On my taste buds would flow

The world should feast then, as I am feasting now!