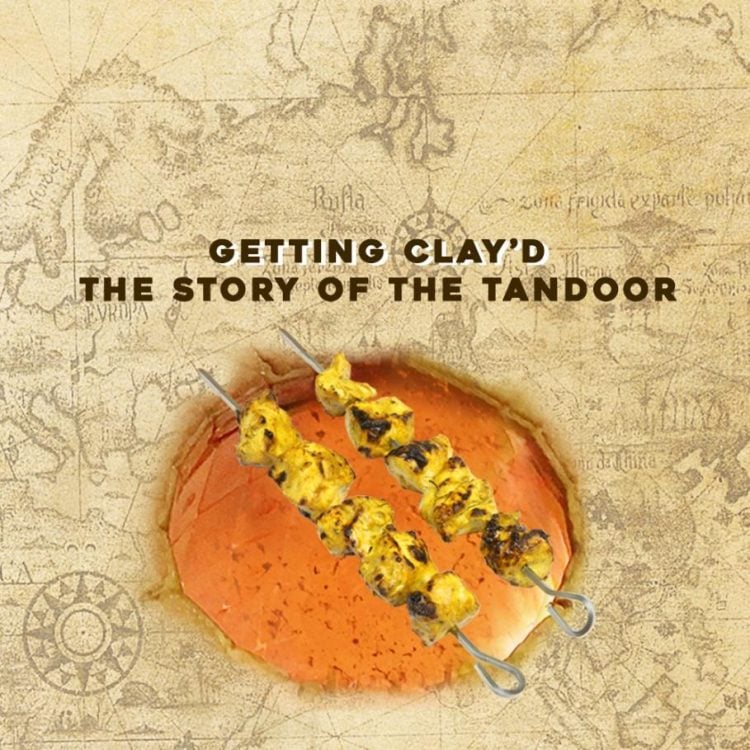 Meaty Hacks > Getting Clay’D-The Story Of The Tandoor

Walk into any Indian restaurant, and that unmistakable fragrance wafting off the kitchen hits your nose. All thanks to the humble tandoor-responsible for some of the country’s greatest culinary exports like Tandoori Chicken and Naan to the world!

The Tandoor has been mentioned in civilizations as old as the Harappa and the Mohenjo-Daro civilizations. The modern-day tandoor is believed to have been invented in Persia. The tandoor gained popularity in India during the Mughal era.

The emperor Jehangir is believed to be behind the versatility of the Tandoor. His time saw the introduction of meat in the tandoor (put in skewers), which earlier was only used to bake (Indian) breads. He was so much in love with tandoori cuisine that he requested the tandoor be carried wherever he went!

The Tandoor or Bhatti is a curved, cylindrical clay oven traditionally built into the ground. The fire is lit with charcoal or firewood. The structure is built in a way that it traps heat. Temperatures inside the tandoor rise up to 400-degree C.

Tandoor cooking is high-heat cooking which lends a slight charred appearance and taste to meats, with a medium rare core.

It has four distinct cooking techniques:

1.The charcoal/woodfire results in direct heat.
2.Bread is slapped to the hot clay walls of the tandoor.

3.Radiant heat arises in the centre of the tandoor and lends the effect of a convection oven, cooking the meats.
4. Smoke lends flavour to the meat as the marinade juices drip on to the charcoal.

The greatest gift of tandoor cooking is, without a doubt, the tandoori chicken!
Originating in Peshawar in undivided India, this culinary gem has won the hearts of diplomats around the world, representing a taste that is characteristic of the subcontinent. Wherever in the world you may be, Tandoori Chicken would always feel like home!