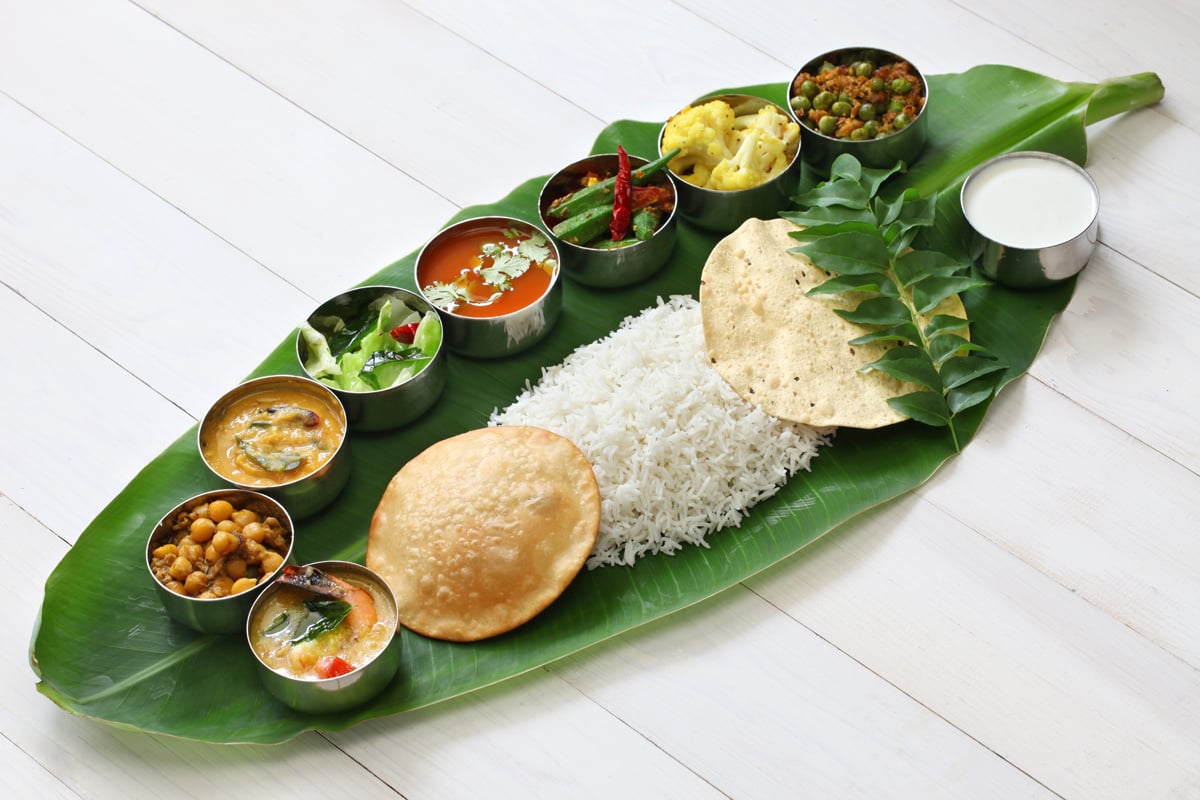 Food For Thought > Malayali Marvels – A Boon From The Backwaters

One of the most unique and beloved styles of Indian Cuisine is the one served up by the Malayalis. Every foodie loves the fabulous food coming out of the coconut lined coast of Kerala.

The cuisine of Kerala is linked to its history, geography, demography and culture. It offers a multitude of both vegetarian and non-vegetarian dishes prepared using fish, poultry and red meat, with rice being a typical accompaniment.

Chillies, curry leaves, mustard seeds, tamarind and asafoetida are all frequently used to infuse the cuisine with its distinctive flavour.

Kerala is known as the “Land of Spices” because it traded spices with many ancient civilizations, with the oldest historical records being that of the Sumerians, circa 3000 BC.

Food is traditionally served on a banana leaf and almost every dish has coconut and spices added for flavour, giving its cuisine a sharp pungency that is heightened with the use of tamarind. Seafood is the main diet in coastal Kerala, whereas vegetables are the main diet on the plains.

Meat is served as the main course in tribal and northern Kerala. Dishes range from simple ‘kanji’ (rice gruel) to extravagant feasts or ‘sadyas’. In addition to historical diversity, cultural influences, particularly the large percentage of Muslims and Christians, have also contributed unique dishes and styles to the Kerala cuisine, especially its beloved non-vegetarian dishes.

There are two classes of the non-vegetarian cuisine in Kerala; ‘Malabar cuisine’ which is from North Kerala and ‘Syrian Christian cuisine’ from the South. They are clearly distinct from each other; the former has Mughalai-Arab, Portuguese, British, Dutch, Jewish, French and the latter is a mix of Kerala traditional dishes which is rich in coconut and the Syrian, Dutch, Portuguese and British recipes.

A prominent dish of the Malayali Christian Cuisine is the stew. Chicken, potatoes and onions are simmered gently in a creamy white sauce flavoured with black pepper, cinnamon, cloves, green chillies, lime juice, shallots and coconut milk. The cuisine relies heavily on coconut and seafood. They also prepare stews with lamb.

Other dishes include piralen (chicken stir-fries), meat thoran (dry curry with shredded coconut), sardine  curries, and meen molee (spicy stewed fish). This is eaten with another dish known as appam.

To prepare and munch on some Malayali Marvels, get the Licious app for a ton of Malayali recipes and order the best chicken, lamb and seafood for cooking up some Malabar Magic in your kitchen.