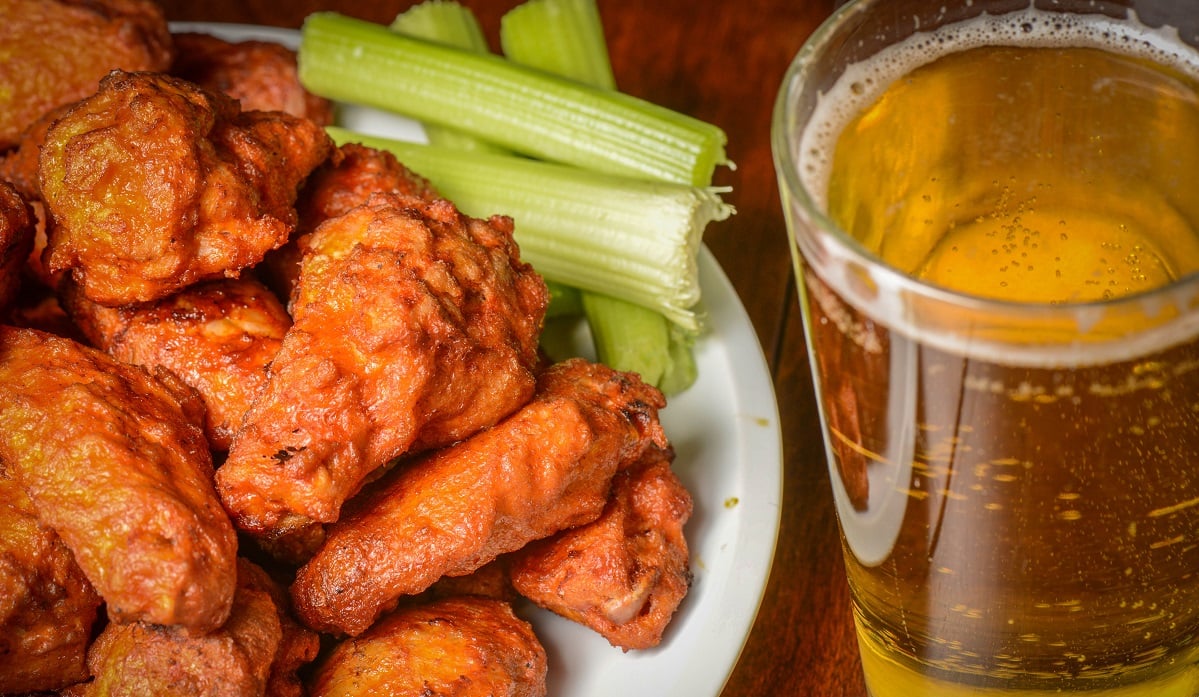 It is one of the world’s oldest and most glorious traditions. Every celebratory feast involves consuming the best quality meat and washing it down with the highest quality ale. On every occasion, ranging from Birthdays to Victory Days, humanity has raised a toast to the amazing bond between delicious meat and refreshing beverages! Today, Licious investigates the types of drinks that can provide some added punch to your barbecues.

On every occasion, ranging from Birthdays to Victory Days, humanity has raised a toast to the amazing bond between delicious meat and refreshing beverages! Today, Licious investigates the types of drinks that can provide some added punch to your barbecues.

Popping open a frosty can of beer to go with your grilled goods seems like a no-brainer, but which beer to choose? It depends on the style of barbecue and the way you cook and season the food.

If you are dressing your meats with a peppery, vinegar-based sauce, a beer type with  “bright, dry, and quenching acidity, along with  big, zesty effervescence, will cut through the savoury fat of the meat”. If you favour  mustard-based sauces, choose a type of beer  whose sweet, malty flavours will balance the tang of the mustard and whose hops and citrus notes will complement the mustard heavy sauce.

If you prefer your meat dripping with a hot, vinegar-based dressing,  try a rich, refreshing type of beer to help soothe the burn. Or try any beer with some malty sweetness to balance the heat and some tangy notes to complement the tartness of the vinegar, such as an amber lager. If a rich, tomato-based sauce is preferred, a beer with a  bitter edge will accentuate the flavour of the tomatoes while its creamy smoothness mellows the peppery, salty meat.

If you prefer the meat to be covered with smoky, thick tomato-and-molasses- or brown-sugar-based sauces, try it with a  style of beer that has been fermented with added sugars to give it some fruity sweetness but has a dry finish to counteract the richness of the meat.

When pairing wines with barbecue, a good way to start is to match a dominant component in the sauce or style, keeping in mind what type of meat is used, and find a similar element in a particular wine. For tangy sauces, try a white wine with bright, fresh citrus notes.

If you like your meat with a smokey touch, a smooth, plummy Italian red with a naturally high acidity will be a great drink to accentuate the taste.

Since one of the major innovators of barbecue is the American South, it makes sense to pair it with an American spirit that is also from the South: bourbon.

The way bourbon is produced plays a role in making it sing with barbecued meats and sauces. By law, bourbon must be made of a grain mixture that consists of at least 51 percent corn, making it taste sweeter than spirits created with a greater percentage of barley, rye, or wheat. After it is distilled, bourbon is aged in new American oak barrels whose insides have been charred, which imparts a sweet woody, vanilla flavour that complements meats that have been smoked or cooked. Its mild sweetness pairs well with both the sweet and the spice of barbecue.