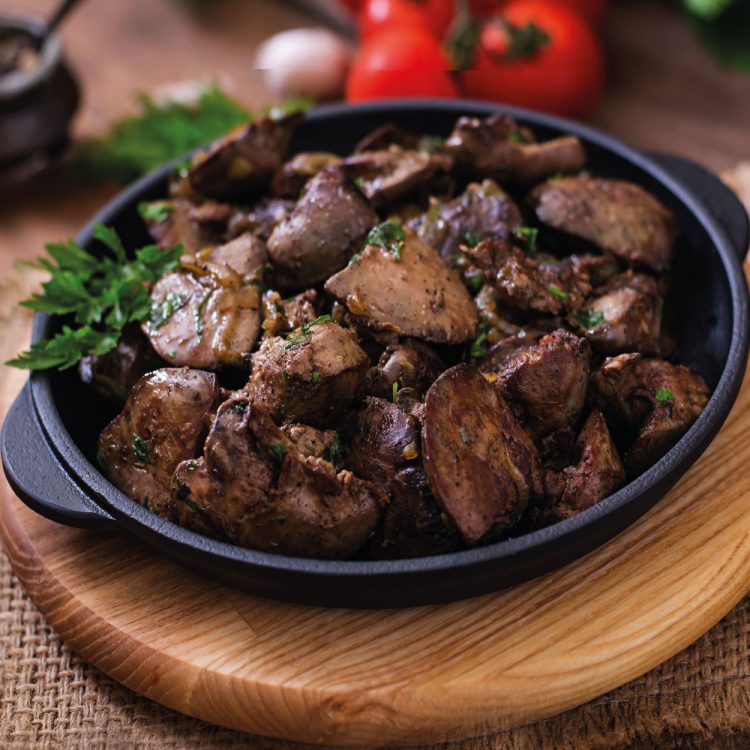 Food Benefits > How to Cook Chicken Livers and Gizzards

When we think of cooking chicken, we think of chicken breasts sizzling on the pan, juicy drumsticks roasting in the oven, or deep-fried chicken wings.  These are known as muscle meats, rich in protein, and the most commonly consumed cut of meat around the world. But here’s what you may have not tried yet—organ meats!

Packed with a variety of nutrients and known for its rich, distinctive taste, organ meats (a.k.a offal) include organs such as the heart, liver, kidney and even intestines. With Licious, you can take your adventurous taste buds for a spin with our inexpensive and fresh cuts of chicken liver and gizzard! These cuts of meat pair very well along with strong Indian masalas and are cooked in a variety of ways across the country.

Chicken Livers are rich in Vitamin C, a rarity in other meats. They’re also popular for being good sources of iron, a recommended part of diet for anemics. Fairly low on calories, they’re a good option for health conscious meat eaters and weight watchers. Livers offer a slightly grainy texture and a deep, meaty flavour. It’s best served fried with some garlic and onions.

The gizzard is a muscle found in the digestive tract of the chicken, offering a chewier, dark meat flavour. The meat is low in saturated fat and cholesterol while providing high amounts of proteins and nutrients— a perfect alternative to fattier portions of meat, like the thigh. Because of its slightly tougher quality, gizzards are best cooked slowly in a curry or a stew, with the gravy soaking up the goodness of the meat.

– Livers contain toxins: The liver doesn’t actually store the toxins in the body. They process them and allow them to be expelled from the system.

– Gizzards are hard to cook: While gizzards do have a tough almost crunchy exterior, this can be corrected by cooking them slowly, to let the tough tissues melt away. Popping them in a pressure cooker also allows the meat to soften, allowing you to enjoy them to its fullest!

– Livers taste bitter: While the iron-rich flavour of the liver is said to be an acquired taste, this can be easily remedied. Place the cut of meat in a bowl of milk for around 10-15 minutes prior to preparing it. This allows the natural meaty flavours to stand out.

Who doesn’t love deep-fried treats! Soak the gizzards in a spicy buttermilk marinade to soften the meat and enhance the meat’s signature taste. Coat the pieces in flour seasoned with anything you’d like—we recommend a mix of garlic powder and paprika. And lastly, deep fry the pieces to golden perfection and serve with a creamy dip of your choice.

A timeless South Indian Recipe, the spicy masalas in this roast compliment the liver’s strong flavour. Cook the liver in a mixture of salt and turmeric, while sautéing some tomatoes and onions on the side. Put in a mixture of spices into the sauté—garam masalas, chilli and coriander powder—and toss the livers into the mix. Cook it on high flame and you have a delicious roast ready!

This tomato-based curry proves to be a wholesome meal, especially when served with a bowl of rice. Pan-fry the gizzards, whole spices and onions until well cooked before adding chopped tomatoes and other masalas. Simmer on a medium flame and add some chillies based on how spicy you’d like the curry to be.

You can make a tasty spread out of chicken livers too! Finely chop up the chicken liver before sautéing with fried onions. Add a mixture of spices of your choosing, lemon juice and tomato paste and cook well until they form a chunky paste. Toast some slices of bread and serve hot or eat it straight from the pan— this pate can be had in any way.

Give Chicken Liver and Gizzard a try and tell us how you liked to cook them best in the comments below!