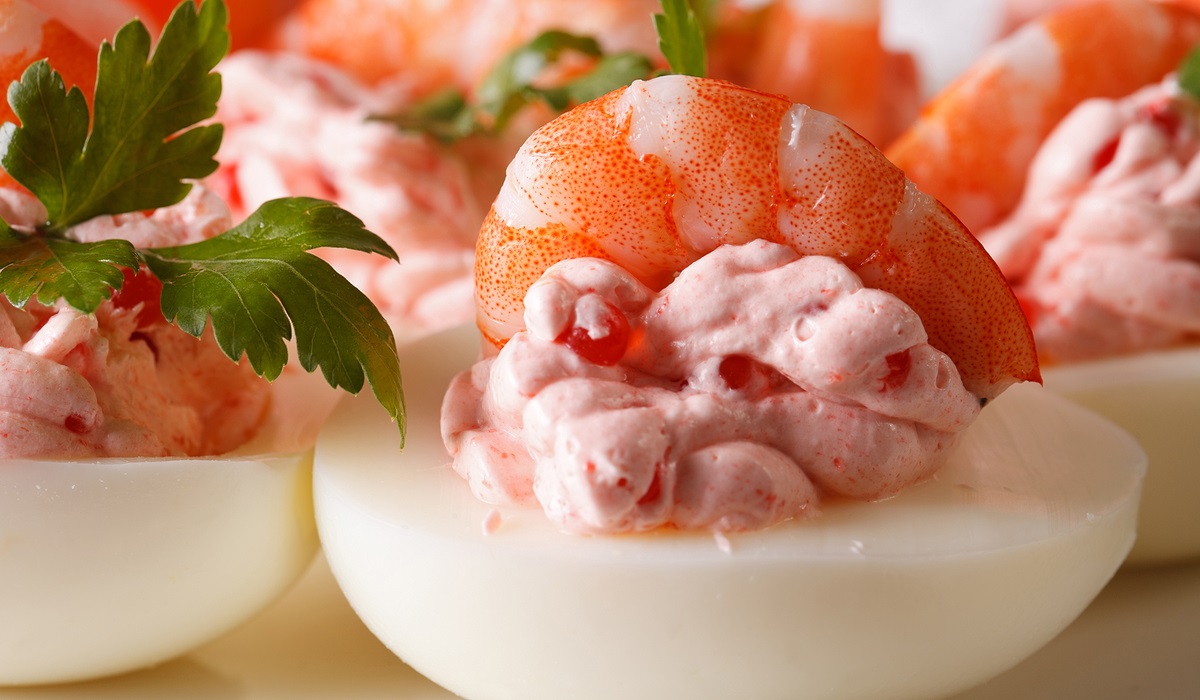 What, exactly, is so wicked about mixing hard-boiled egg yolk with mayonnaise and mustard? We would understand if they were so hot and spicy that they evoked the fires of hell, but most of the Deviled eggs can hardly be classified as having more than a mild kick.

Was the dish’s name coined by Puritans who thought adding anything remotely flavourful to food was the work of Satan?

Furthermore, what about all those other foods with fiendish names, like deviled ham, devil’s food cake and fra diavolo sauce?

It turns out, puritanical food critics scoffing down at some calamitous culinary creations had nothing to do with it, but the term “devil” has been used since at least the 18th century to refer to highly seasoned foods, according to The Straight Dope’s Cecil Adams.

He quotes from the Encyclopedia of American Food & Drink, by John Mariani (1999), who says, “Washington Irving has used the word in his Sketchbook to describe a highly seasoned dish similar to a curry. Deviled dishes were very popular throughout the nineteenth and into the twentieth centuries, especially for seafood preparations and some appetizers.”

In The Essential New York Times Cookbook, Amanda Hesser includes an 1878 recipe for deviled crabs, saying that today’s deviled eggs are the mild-mannered cousins of deviled crab and kidneys, which “were meant to be spicy and bracing, the kind of food you had after a long night of drinking.”

She also notes that in David Copperfield (the Dickens novel, not the flashy magician), “Mr. Micawber saves a dinner party by turning undercooked mutton into a devil,” covering the slices with pepper, mustard, salt and cayenne and cooking them well, then adding mushroom ketchup as a condiment.

Eggs notwithstanding, today the devil is most frequently invoked to imply that a dish is truly tongue-searing—there must be dozens of hot sauce brands out there with names like Droolin’ Devil, Mean Devil Woman and Hell Devil’s Revenge.

Dishes called chicken, shrimp or lobster fra diavolo—which means “brother devil” in Italian—show up on restaurant menus across the globe, but they appear to be an Italian-American invention, most food historians agree. In Italy, a similar spicy tomato sauce would usually be served with pasta, not meat, and be called pasta all’arrabiata, meaning “angry-style.”

There are also a number of foods that get their evil-sounding names to differentiate them from their angelic counterparts. In The Glutton’s Glossary, John Ayto writes that angels on horseback are a late-19th century British dish of oysters wrapped in bacon and grilled, and that devils on horseback are a variation made with prunes instead of oysters.

There’s a ‘devilish’ food item which is an integral part of Indian Cuisine. It’s been used for ages in almost every Indian household. Asafoetida, or ‘hing’ is also known as the ‘devil’s dung’ in some African countries because of its intense flavour.

So, how fiendish can you make your food? Pick up the choicest Curry Cuts of Lamb, Chicken and Fish from Licious and serve up your spiciest, sauciest, evil-est curry to them.

In case they ask you the reason for the spicy extravaganza, just say, The Devil Made Me Do It!