Nalli Nihari is a slow-cooked stew with bone-in mutton pieces, preferably from the shank. The marrow leaves the bones and is mixed with the gravy, giving the stew a rich flavour. The mutton turns soft and juicy when it is done. Legends say that Nalli Nihari was cooked all night long and served to the Mughal King in the morning after the first prayer. Here we share a Nalli Nihari recipe that you can make at home. Check it out! 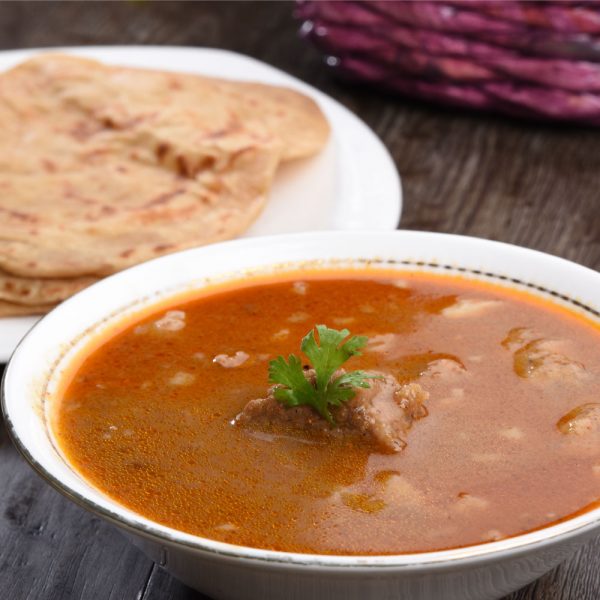 Ingredients
For Nihari Masala
For the Stew
Instructions
Recipe Notes

If you would like the stew to be spicier, then you can increase the number of green chillies as preferred.

How do you make Nalli Nihari at home? Share your version with us!

Can I pressure-cook this stew?

Yes. You can make this stew in a pressure cooker for 4-5 whistles on low flame. Make sure to check if the gravy is too thick. Add water as required and simmer again.

Can I use the Nihari Masala for other recipes?

Yes. You can use this masala for other recipes. You can store it in an airtight container.