The Yakhni Pulao is believed to have originated in Persia and was introduced to India by the Mughals during their reign. Although Pakistanis and Afghans believe the dish to be their own, Chicken Yakhni Pulao is a big part of Indian cuisine today, especially in northern regions of the country.

It may look complicated, but anybody can prepare this savoury dish with the right ingredients!

The highlight of the dish is a saffron and yogurt-based chicken broth, infused with aromatic spices. The combination of these spices brings out the flavour of the meat. When cooked right, the Yakhni Pulao becomes a wholesome delicacy fit for a king.

The Yakhni Pulao recipe can be easily adapted to mutton, vegetable, paneer, fish or any meat of your choice. Yakhni is an integral part of Kashmiri cuisine and is often complemented with a naturally cooling raita.

What cuts of chicken to use for Chicken Yakhni Pulao?

To make Chicken Yakhni pulao at home, you may prefer Boneless Chicken Breast or Boneless Chicken Thigh so that it cooks quickly and is more convenient to eat. Dice the chicken into cubes, anywhere between 1-2 inches in size. However, if you prefer not to dice your chicken, you can also opt for our Boneless Chicken Mini Bites, they come pre-cut and ready for your pan! 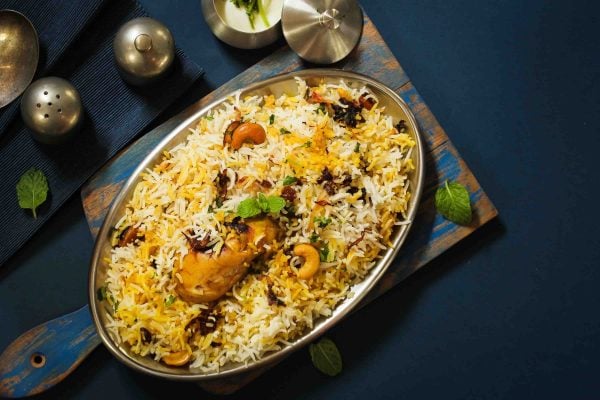 Your Chicken Yakhni Pulao is ready. Serve hot with a side of raita of your choice. Go on try it! Impress us with photos of your masterpiece on Instagram, tag us using #MadeWithLicious & you might win Licious Cash! We home deliver perfect cuts of meat for the ultimate Yakhni Pulao. Stay tuned for more delicious recipes, trivia, tips, and more.