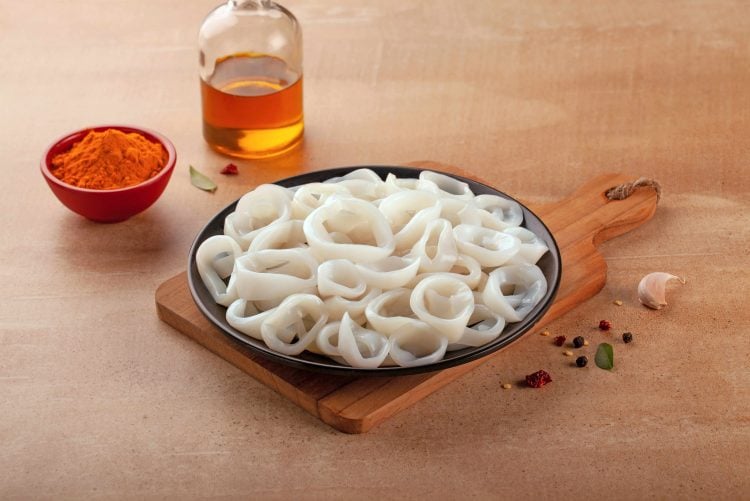 Recipes > Delicious Recipes > Find Out Some Interesting Facts About the Kadamba Fish and a Bonus Recipe!

The Kadamba Fish is known by many names. It is popularly called ‘squid’ worldwide and is enjoyed in many forms, be it pan-fried, deep-fried, curried or raw. If we speak only of India, the names for squids include Kalamari in Hindi, Kaamuta Sanchulu in Telugu, Koonthal or Kanava in Malayalam and Bondaas in Kannada.

More than 300 species of the Fish Kadamba or squids are found mainly in the coastal areas. Kadamba can be identified by their long, tubular bodies and short heads. They feature two tentacles and eight arms, along with two large eyes. Squids are somewhat similar to octopuses but have tiny skeletons that look like a rod. Additionally, a few species of squids can change colour to signal prey, while many others discharge black ink to distract predators.

In many countries, you can find various Kadamba fish laid out for customers to choose from based on the type of dish they wish to prepare. They are primarily available in the eastern Pacific, the Mediterranean, the southwestern Atlantic, and Japan.

What are the Various Types of Fish Kadamba?

With a tubular body and long fins, the Kadamba Fish can be found in various sizes and features. However, some of the popular types that also may be easily found in commercial spaces include:

What are the Kadamba Fish Health Benefits?

There are plenty of Kadamba Fish Benefits to enjoy with every bite. Some include:

Order Licious – Squid Rings
Print Recipe
What is a quick Kadamba Fish Recipe?
Kadamba Fish can be prepared in several ways in various regions. One of the easiest recipes you can try is a butter garlic squid recipe. 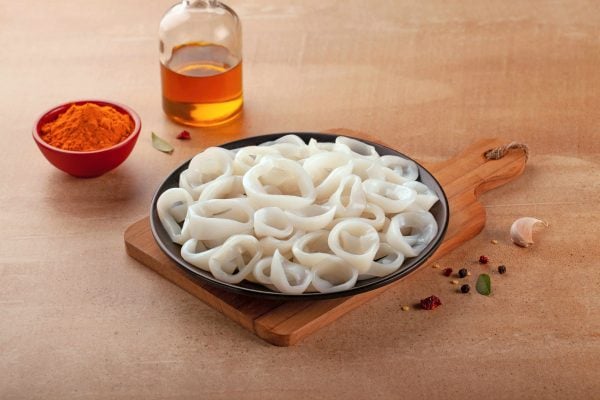 Order your Kadamba Fish Online at Licious to prepare this recipe and don’t forget to tag us on Instagram using #MadeWithLicious. Our seafood and fish items are caught daily and delivered to your doorstep, assuring you of freshness and quality. Our squids are never frozen and they are kept between 0-4°C temperature to maintain freshness. Moreover, they are cut, cleaned and vacuum-packed by our team of highly trained technicians.