Ramzan, the holy month of Islam has begun, and with it, the culinary preparations and celebrations. While it is a time for prayer, you can also look forward to some delicious delicacies. One of the most popular street foods that people look for during this time is the tasty keema. What if we told you that you could recreate one of the best keema pav recipes at home?

Yes, you read that right. Making these keema dishes at home is easier than you think. So, what are you waiting for? Add a new dish to your Ifar spread this year by following our easy keema recipe.

Keema Pav is one of the most popular street delicacies, where local pao/pav is served with delectable keema. Pav was first introduced to India by the Portuguese as a replacement for their primary diet of bread and buns. Pav went from Goa to Mumbai as it was becoming the commercial capital of India, where it was coupled with a variety of dishes such as Misal, Vada, and Keema. As a result, one of the most popular street snacks was born.

The best part about using keema is that it is simple to prepare. However, finding top quality keema is always a challenge. Not any longer! We deliver high-quality Chicken Keema and Mutton Keema that is always fresh, never frozen and will enhance all of your keema dishes.

Mutton Keema is made from leg pieces and Chicken Keema is made with chicken breasts, both are high in protein. Before being ground to perfection, all of the boneless meat pieces are cut and cleaned by our expert meat technicians. You don’t need to worry about prep, just use your order straight out of the pack upon delivery.

Furthermore, our chicken is sourced from biosecure farms and our mutton is pasture-raised, both are selected at the right weight and size for tender meat.

Once sourced, our meats & seafood are passed through 150+ safety & quality checks before being approved for delivery.

Keema Pav is a popular Mumbai street food, where Chicken Keema or Mutton Keema is mixed with authentic Indian spices and herbs. It’s then served with fresh Pav that’s been pan-sizzled with butter or ghee. To enhance the flavour, it is served with chutney and onions. Though the procedure of making Keema Pav appears to be complicated, it can easily be done at home using the best Keema recipe listed below. 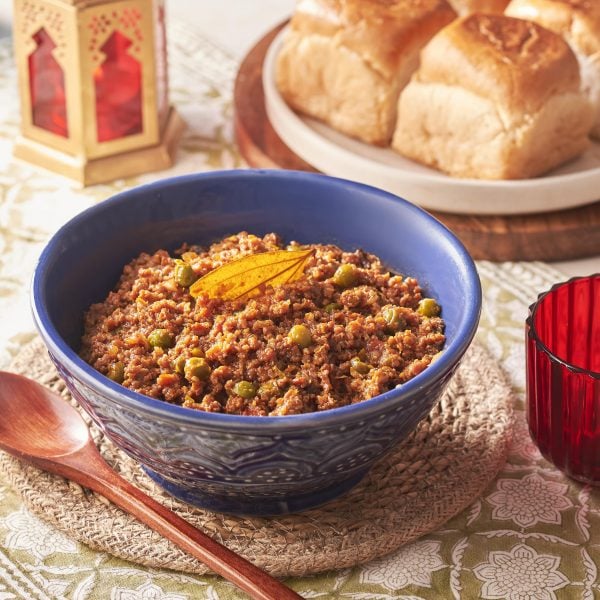 Keema Pav is a very easy keema recipe to prepare at home to celebrate Ramzan. You can make it highly nutritious for your family members by adding vegetables.

So, what are you waiting for! Prepare this chicken or mutton dish and give yourself a delightful treat. We'd like to see your version of Keema Pao, so take photos, upload them to Instagram with the hashtag #MadeWithLicious, tag Licious, and you could win Licious cash!